Luge slides back to 2010 Olympics venue 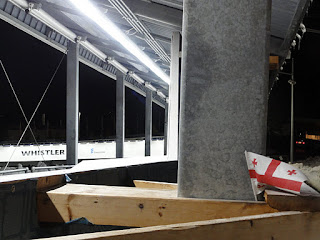 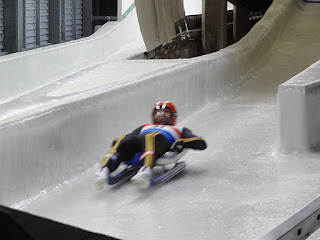 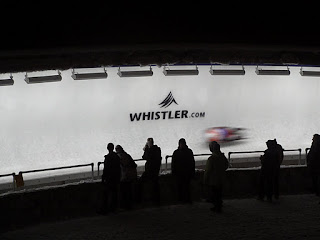 The German won the Olympic gold medal at the track during the 2010 Games and he was atop the podium again Dec. 9 during the second International Luge Federation world cup stop of the 2011-2012 season.

“I like the fast track here, the start is good for me, it's not too steep. It's good for all Germans. The sled was today very fast,” Loch said. “The track became more safe, those nations that are not on the level of Germany, they are learning and getting better on this track.”

Calgary's Sam Edney was fifth in 1:37.061. Edney's seventh-place in the Olympics at Whistler was a best for a Canadian in men’s singles.

“Five Germans and a Canadian (among the last six) -- it's clear to me where they have that edge, at the start,” Edney said. “This has got to be the best track in the world. The feeling you get when you're sliding down you can't express it, the speed and that feeling of that adrenaline rush. Hearing the crowd as you're sliding down is one of the coolest things you can ever feel as you're sliding.”

The first FIL world cup in Whistler was in 2009 when Moller won gold, Zoggeler silver and Loch bronze. Ludwig was fourth and Edney 12th.

Linger and Linger established a doubles track record of 41.255 seconds. Penz and Fischler, however, are FIL leaders after two rounds of the nine-stop World Cup tour, which continues next weekend in Calgary. The Lingers are second.

No sliders from Georgia have competed in the first two rounds of the FIL world cup. But Georgia’s flag was displayed in memory of Nodar Kumaritashvili.

The 21-year-old died after crashing near the end of his last training run on Feb. 12, 2010, the opening day of the 2010 Winter Olympics. A small flag marks the spot where the tragedy happened.

A bigger flag is outside the track offices, near the Olympic podium.

The start area for women’s races continues to be used, as it was the day after Kumaritashvili’s crash. A safety audit ordered by the British Columbia Coroners Service was conducted by the Southern Alberta Institute of Technology. The results are expected to be made public in the first quarter of 2012.

During the summer of 2010, concrete on curves 12 to 16 was modified with the blessing of FIL and the International Bobsled and Skeleton Federation. More changes are coming.

Whistler Sliding Centre begins its second season of public skeleton rides on Dec. 16. On Dec. 22, it launches a public bobsled program. The two-hour courses are $149. The bobsled experience includes professional pilots. Retired Canadian legend Pierre Lueders, the 1998 Olympic champion and two-time world champion, will be among the guest pilots this winter.

The official attendance wasn’t announced. In diplomatic terms, other things must have occupied the collective interest of Whistler locals and visitors. There were more athletes and reporters at the end of the track than there were fans.
Whistler is host of the 2013 world championships.
Posted by Bob Mackin at 10:20 PM