The story of how the 2010 Olympics came and went 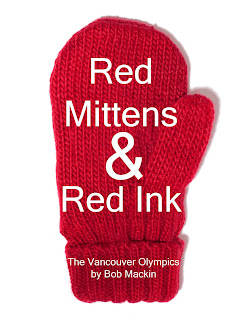 A decade of political debate, protests and fevered anticipation. Two years of economic upheaval. Seventeen days of Olympic glitches and glory. The price? More than $6 billion. This is the story of how the XXI Olympic Winter Games in Vancouver, British Columbia, Canada, came and went.

Canadians celebrated coast-to-coast-to-coast the record 14 gold medals won by their Olympians in Vancouver, Richmond, West Vancouver and Whistler. The politicians and sponsors who staged the event were quick to declare it a grand success. But was it?

Governments involved in the Games of the Great Recession were never forthcoming with all the costs, but were constantly selling the benefits. Vancouver, constantly striving to be “world class,” got new transportation, convention and recreation facilities. The massive spending diversion put a strain on hospitals, schools and courts.

The athletes of 82 nations who competed at the biggest, most expensive Winter Olympics in history didn’t all return home. Georgian luger Nodar Kumaritashvili died on opening day in a crash at the extreme Whistler Sliding Centre, sparking questions about whether Games officials really did all they could to ensure safety.

It was the most dynamic period in British Columbia history and the Olympics were at the foreground or background of every major government decision. The scandal, the controversy, the tragedy and the comedy. Broken promises, false expectations and Canada's greatest party.

Red Mittens & Red Ink: The Vancouver Olympics by Bob Mackin is a cautionary tale of what happens when a boom goes bust while preparing to welcome the world. All seen through the expert observations of a journalist who was along for the bumpy ride.

This is more than a story of the thrill of victory and agony of defeat. It is about fear and greed, unity and division, celebration and anguish, life and death.

It is red mittens and red ink.

Available NOW as an e-book from Smashwords.com for $8.99. Click here.
Posted by Bob Mackin at 8:15 PM