ContainerWorld hired a lobbyist to oppose any changes to the distribution model. But now it is bidding for the contract. Founder Dennis Chrismas (below) and lobbyist Mike Bailey even went to meet liquor minister Rich Coleman on March 2!

ContainerWorld also has an intriguing business relationship with an arm of the Deutsche Post DHL empire, Giorgio Gori of Italy. Gori is a sister company of Exel. In the Oct. 6, 2009 "Project Last Spike" internal memo, Exel's vice-president Scott Lyons considers what to do about ContainerWorld, which is also connected to the B.C. Liberal Party that is rushing to privatize LDB logistics before the May 14, 2013 election. Exel wants to merge the B.C. LDB warehousing and distribution with Connect Logistics, the monopoly it owns and enjoys in Alberta.

Among the many questions to ponder about this controversial government sell-off: Are ContainerWorld and Exel foes? Or might they really be friends? Read more below, from "Project Last Spike."


Barriers to this Project
- This initiative will mean the services of private bonded warehouses will not be required. As a result, this group will oppose this initiative and they will likely lobby industry and government against any changes. Private bonded warehouses will argue that jobs will be lost, and the government is driving them out of business. They will also contend that costs will be higher because of the BCGEU's higher wages and benefits, and if there are any savings the government will keep them for itself. Lastly, they will make a case for improved service by expanding their participation in the industry

Options to Overcome Barriers
There are three options to overcome the opposition of private bonded warehouses. 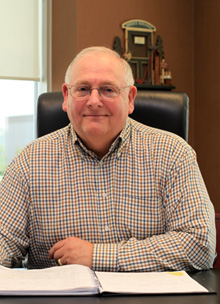 - Convince the government to award the contract to Exel without an RFP. This avoids the risk of losing an RFP. It may also enable the government to realize savings more quickly as time is not lost in the RFP process. It will require a high degree of industry support. Vocal complaints from unions or industry participants could generate public scrutiny and force the process to RFP. This option may require the purchase of ContainerWorld to be successful.

- Win a competitive bid process. This option does not require the purchase of ContainerWorld, and follows standard government procedures. It does carry the risk the Exel might not win the bid. This risk can be mitigated if Exel can influence the writing of the RFP. Exel would push to include criteria such as previous industry experience, appropriate resources, and a solution incorporating the BCGEU. A likely response from the private bonded warehouses may try and limit the scope of the RFP to not include their activities. Failing this, the private bonded warehouses will use their influence to have the RFP written in their favour.

- Purchase ContainerWorld. It is by far the largest of the approximately 7 private bonded warehouses. Once ContainerWorld is onside the opposition of the remaining private bonded warehouses would be much less. This would enhance the odds that the government does not go to tender or Exel wins a tender. Dennis Christmas (sic) the principal owner of ContainerWorld is a key player in the current BC industry. Treating him fairly and getting him onside will assist bringing the BC government and the industry along. An added benefit of this approach is that ContainerWorld has a brand new 495,000 sq. ft. site that is expandable to 600,000 sq ft. This should meet the needs of this initiative, though Exel requires further analysis to confirm this site is sufficient. Dennis Christmas could be retained as a consultant and public relations specialist. The downside to this option is sharing the economic benefits with ContainerWorld.

Though it may be possible to amortize the purchase price across a number of years and build the cost in to the operating model. Another consideration is the complex internal approvals required to purchase ContainerWorld. Further details on this option include:
0 ContainerWorld's revenues are estimated at $40M. Exel estimates that $20M is generated from freight forwarding activity, and $20M from distribution activities for BC Wineries and BC Small Brewers. A high level estimated purchase price ContainerWorld's business is $24M assuming a 7.5% margin and paying eight times earnings. This is a dimensional number which needs to be confirmed but supports the premise that an acquisition approach is overall economically viable.
0 The union representing ContainerWorld's employees is the Teamsters. Exel will be represented by the BCGEU. Upon purchasing ContainerWorld, and consolidating operations the BCGEU would take over the Teamsters members. This is not a certainty, but the BCGEU membership is almost two times the size of the Teamsters membership, and the BCGEU collective agreement is more lucrative.
0 Deutsche Post DHL holds a 100% stake in Giorgio Gori. Giorgio Gori does not have an ownership stake in ContainerWorld, but has a long standing relationship where it is understood that at some point they would purchase ContainerWorld. Exel could use this avenue to negotiate a reasonable deal with Dennis Christmas.

Compare that to the $85,704 donated to the Liberals by Gordon Campbell and Christy Clark's friend and (until March 30) Exel lobbyist Patrick Kinsella, and $57,500.50 donated by his right-hand man, Exel lobbyist Mark Jiles. Exel vice-president Scott Lyons donated $433.08 to the NDP before the 2009 election and $3,500 in 2011 to the Liberals, according to his disclosure.

The issue has always been the process leading to the RFP and not, as most in the MSM would prefer,the alleged price advantages betwixt Alberta and BC. Those with any sense of curiosity would long ago have recognized this,particularly after Mackin's revelations.
One looks fwd to the looming brawl between the Teamsters and the GOO(BCGEU) for the crumbs (dues) when the Containerworld scenario plays out.
I just saw Jeff Fox's mug on a milk carton: C'mon out and play,Jeffy. You're former employer( members of the GOO) what to know your role in this scandal.
"In the land of the blind, the one-eyed man is king". Thanks for your doggedness on this file Mr. Mackin. Justice may prevail.

BTW. Any GOO members with a sense of curiosity:Ask yourself why your website links you to every irrelevant site on the Exel file and not this one that broke,and continues to break, this scandal? Just asking.

Interesting how the Liberals didn't see any need to sell LDB for the last 11 years and now, coming into their final year (and desperate to add to the Income side of the ledger)its now full steam ahead. Aything to balance the budget - sell anything that isn't nailed down. This phoney corrupt government can't go down fast enough. Keep up the great work.