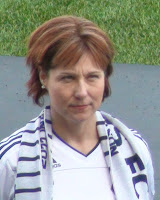 Citizens of Vancouver-Point Grey will go to the polls on May 11 to elect a successor to Liberal MLA Gordon Campbell, who was Premier from May 2001 until February 2011 when Christy Clark was elected new leader of the B.C. Liberal Party.

The by-election will happen without the star candidate attending an all-candidates meeting. She even pooh-poohed an invitation to appear with her opponents on CKNW, the radio station that employed her as a talkshow host and gave her the microphone and profile that she exploited for her political comeback.

Clark claims she is too busy and needs to spend her time wisely, because she's a mom and she's a premier.

How busy is she? Ms. Openness and Engagement doesn't proactively disclose her agenda, but I was able to obtain a copy of what she did during the first week-and-a-half on the job.

You'd think that taking over the top elected office in the province would translate into a packed schedule of 16-hour days to learn absolutely everything there is to know about overseeing a government with a $41.9 billion budget in a jurisdiction of 4.5 million people. After all, one would want to have the job for years to come.

Some two weeks after winning the Liberal nod, Clark was sworn-in on March 14 at Government House in Victoria. Some of her closest friends were there, including her campaign mastermind Patrick Kinsella and his horseracing buddy Glen Todd. That was her busiest day of work in her first week-and-a-half on the job.

On March 19, Clark's only appointment was the Vancouver Whitecaps' first Major League Soccer game at Empire Field. There she beat a drum before kickoff with Whitecaps' co-owner Steve Nash and MLS commissioner Don Garber and then sat in her own seats. The next day her schedule says "family day" -- a euphemism for day off. Isn't every day supposed to be family day under Clark?

On March 22 at night she attended Cavalia, the equine circus under the tents next to the Olympic Village.

The real reason Clark avoids all-candidates meetings like the plague? Because David Eby would be there. The NDP candidate and former B.C. Civil Liberties Association executive director is intelligent, humorous and hip. Eby is much more than his fair-to-middling cover of Bon Jovi's Livin' on a Prayer at the NDP convention. (He deserves applause for the effort in front of a tough crowd that would rather hear Pete Seeger than Bon Jovi.)

I witnessed Eby beat former Attorney General Wally Oppal in a Fraser Institute debate on Olympic security in January 2010. He delivered a scathing critique of the RCMP and VANOC before storming out of a public forum on Olympic security in November 2009. He would certainly make mincemeat out of Clark in a debate.

Clark's campaign boss is none other than Colin "HST" Hansen, who knows how weak his candidate is among political foes. Certainly neither Hansen nor Clark can forget her abysmal, embarrassing performance on Sept. 20, 2005 against Coun. Sam Sullivan. Clark and Sullivan were vying for the NPA's mayoral nomination. Clark literally lost it.

The headline on a column by The Tyee's Mark Leiren-Young read "Man in Wheelchair Runs over Christy Clark!"

Most of the audience appeared to be decided on who they will be voting for at NPA elections on Saturday.
But one couple, Bill and Sonia Easton, said they came down to help make up their minds.
"We're looking at how much understanding Christy Clark has of municipal issues," said Bill Easton.
"We know Sam has a long background in politics, which can be good and bad. We're here to find out more about Christy."
One thing they learned is that Clark is still getting familiar with Vancouver names. She referred to the Southeast False Creek project as the south False Creek project and twice she said COPE when she meant NPA.
The second time, after she was wrapping up her opening speech with "Let's return a COPE majority to city council," audience members called out to correct her.