Will the last person left please turn out the floodlights?

Another director has left the board of B.C. Pavilion Corporation, the taxpayer-owned company that operates B.C. Place Stadium and the Vancouver Convention Centre.

Peter Brown's February departure wasn't confirmed until March. The Howe Street tycoon, Order of B.C. recipient and Liberal bagman (right) claimed he wants to slow down, but the real reason was his disgust over Premier Christy Clark turning down the $35 million to $40 million B.C. Place Stadium naming rights deal with Telus.

Now joining Brown on the outside-looking-in is Derek Brindle. Brindle (below) is a lawyer with the Vancouver firm Singleton Urquhart, has a Queen's Counsel designation, and his bio states he "acts as an arbitrator and in mediations involving construction and insurance disputes. Derek advises Crown institutions and industry on risk mitigation strategies in major procurement." 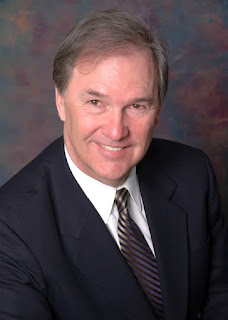 PavCo chairman David Podmore has emailed me this statement:

"He joined the Board at my invitation in 2007 to be available to provide construction legal expertise as PavCo proceeded through completion of the VCC West expansion and the BC Place Refurbishment.

"With completion of both major construction efforts PavCo is moving to a focus on business development to ensure that the business potential of these assets (VCC West, VCC East, and BC Place) are maximized, consequentially the business focus will gradually shift away from construction and more emphasis will be placed in sales and marketing as well as operations.

"Derek's advice and expertise has been most helpful through the past years where the focus has been on completion of the new facilities and the BC Place upgrade.

"Derek has been exceptionally helpful through these stages, and has resigned to allow PavCo to move to the next stage where the focus must be on business development to maximize utilization of these exceptional assets which he helped deliver, and recruit the Directors that will have the appropriate expertise to provide the guidance and advice to maximize the utilization of the exceptional facilities created during Derek' s participation on the PavCo Board."

Brindle responded to my phone message via email:

"I resigned in February after nearly 5 years on the Board.

"I initially joined at the Chair's invitation as someone with experience and interest in construction. My preferred area of practice was, and is, in construction law. It was not my intention to overstay the construction projects to be undertaken.

"After the completion of the final construction project near the end of 2011, it was timely to move off the Board to allow for an orderly transition and focus on marketing and operations.

"Any further questions can be directed to Pavco."

Here is the response when I asked if Brindle might have a few minutes to answer questions about whether his departure from the board was affected by the government-nixed Telus naming rights deal and the lawsuit by two roof contractors:

"Thank you, however, I have nothing further to add to my earlier e-mail response to your questions."

Questions persist, I say. Why no public announcement of Brown and Brindle's departures? Can one call it an "orderly transition" when there is no immediate replacement for directors who leave before the May 27 end-of-term? Why do taxpayers have to wait until a reporter gets a tip?

PavCo, coincidentally, is one of the parties named in a $6.5 million lawsuit filed by steel cable installer Freyssinet. Steel contractor Canam Group filed a $26.15 million countersuit against Freyssinet. The messy dispute, which may ultimately tell the story of this difficult renovation, could be settled in a marathon court trial to begin in October 2013.

We still have no update on the cost of the B.C. Place renovations, which were budgeted at $563 million. The government is not likely to tell us the truth while it's contesting by-elections in Port Moody and Chilliwack, for fear of losing two seats in the Legislature.