Alberta import Ken Boessenkool got pushed/jumped from his job as chief of staff to Premier Christy Clark. Boessenkool submitted his resignation on Sept. 23, the morning after the B.C. Conservatives were licking their wounds after 71% of one-third of the party voted against reviewing John Cummins's lacklustre leadership.

It turns out this was one of those "uh-oh, they noticed, now we've gotta do something" matters.

Global TV's Jas Johal was tipped-off about Boessenkool getting in trouble at a Victoria pub on Sept. 7 after Liberal caucus members and Press Gallery members had a round of golf in Metchosin. Clark started the week with a press conference where she released Boessenkool's resignation letter, but hid behind privacy laws and would only call it an "incident of concern."

Boessenkool lost his nearly $200,000-a-year gig and, under B.C. government employment rules, he must not lobby the B.C. government for the next year. That could hurt him in the wallet, since Boessenkool was a former Hill and Knowlton executive whose client list included Enbridge, Taser and Merck.

Boessenkool allegedly got drunk and groped a junior female staffer in the Bard and Banker pub. Clark claimed the Public Service Agency investigated Boessenkool. But in a startling lack of leadership, it was revealed that Clark did not suspend her chief of staff, but instead let him carry on as the ultimate supervisor of the woman who was the alleged victim.

Instead of giving Boessenkool the heave-ho on Sept. 20, BC Christy heralded the poaching of star third-place Chilliwack
by-election candidate John Martin from the Conservatives. Politics before people, that's the Clark way.

The million-dollar question: Why didn't the police become involved in the Boessenkool incident?

Boessenkool was replaced by Dan Doyle, the BC Hydro chairman who was the executive vice-president of construction for VANOC. Doyle was CC'd on the famous March 24, 2009 John Furlong email, revealed by CBC in February 2011, that indicated there were major safety concerns at the Whistler Sliding Centre.

On Feb. 12, 2010, Georgian luger Nodar Kumaritashvili flew off his sled near the end of his last training run, struck an unpadded pole and died. The track's construction was partly to blame. Almost $2 million more is being pumped in to correct the flaws. 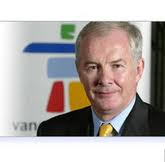 Vancouver 2010 Olympics chief executive John Furlong wasn't in London for the opening of the 2012 Olympics on July 27. His absence was odd, to say the least. Furlong and London 2012 chairman Sebastian Coe both told me in 2010 how they struck a friendship, as Furlong advised Coe on the ups and downs of running an Olympic organizing committee. Furlong served as VANOC chief executive at the pleasure of Premier Gordon Campbell, now Canada's High Commissioner to the United Kingdom. Campbell told CKNW's Philip Till in July that he hadn't spoken to Furlong for "months."

On Sept. 27, Furlong was slammed with allegations in the Georgia Straight that he abused students at a Burns Lake, B.C. Catholic elementary school after he came to Canada as a teenager. The RCMP confirmed it is investigating.

Furlong vehemently denied their claims, which are contained in eight affidavits obtained by Georgia Straight contributor Laura Robinson. He suggested he was the victim of a blackmail attempt. Furlong and his lawyer Marvin Storrow said they would sue for defamation. They refused to answer questions from reporters.

Furlong, however, conceded that he had actually lived in Burns Lake. He said it was a "brief" and "uneventful" time. That was news to anyone who bought his book, Patriot Hearts, or paid to hear one of his speaking engagements. It was also news to his co-writer, Gary Mason. Furlong's memoir only indicates he arrived in Canada with his wife and two children
in 1974 at Edmonton and settled in Prince George.

Odd that an immigrant to Canada would omit any mention of his first impressions of his new country. Also odd that he would use the word "uneventful" to describe a period of his life in which he married his first wife who bore his first two children.

Read more from The Tyee here.

And then the third bombshell of the week. The Liquor Distribution Branch privatization was cancelled 220 days since it was announced and 18 days before the successful bidder was scheduled to be announced.

This one came wrapped by the government inside the new deal for the B.C. Government and Services Employees' Union. BCGEU president Darryl Walker said the prospect of thwarting the government's planned sale of warehousing and distribution came as a surprise to him earlier in the week. Read more in Business in Vancouver here.

The government appears to have made the right choice by putting a cork in the plan. It published no business plan to justify the privatization and conducted no formal industry consultation. The privatization push was driven by the persistence of BC Liberal-allied lobbyists in an environment of a cash-strapped government seeking solutions to balance the budget before the May 14, 2013 election.

Every step of the way, I discovered more questions than answers. Freedom of Information delays, denials and censorship. And, of course, the minister responsible for liquor, who avoided all my interview requests.

I have heard from only one bidder so far. ContainerWorld president Dennis Chrismas hired the Liberal-friendly Pace Group public relations company to send out a prepared statement. ContainerWorld opposed privatization at first, but then submitted a bid out of self-preservation. The province's largest pre-distribution warehouse in Richmond would have had an uncertain future if it didn't win the contract because the pre-distribution program was to be phased out.

I will have more to say in the coming days and weeks. I'm confident there is a story behind this story.
This had the appearance of another BC Rail-style scandal in the making.

Starting with the title of the Oct. 6, 2009, internal Exel memo that flipped open the lid on this procurement plonk.

It was called "Project Last Spike."
Posted by Bob Mackin at 11:40 PM

What a great piece Bob. If I were near you I'd give you the high five. You deserve far more though for revealing the corruption behind the scenes for us all in Canada and specifically BC. Keep it up.

THANKS BOB. I suspect that without your relentless attention to this issue, it would have just floated by the electorate. Now I hope that the ndp put their money where their mouth was and develop the LDB. Both governments have treated it as a convenient cash cow without ever reinvesting. Its time to build into something that will last and withstand scrutiny from the political right and the private industry around it. I am an LDB employee and you saved my job.