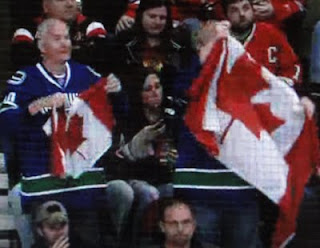 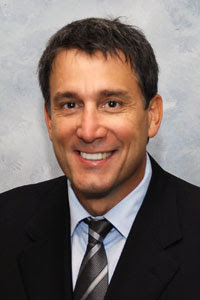 A lot is being made of Cam Neely's return to Vancouver as president of the Boston Bruins, the last team standing in the way of the Vancouver Canucks' first Stanley Cup.

The right-winger was drafted ninth overall by the Canucks in 1983 but traded on his 29th birthday June 6, 1986 to the Bruins for Barry Pederson. When he retired in 1996, Neely had 395 goals and 299 assists in 726 regular season games and 57 goals and 32 assists in 93 playoff games. He was deservedly inducted into the Hockey Hall of Fame in 2005. He also dabbled in the movies, as the notorious Sea Bass in Dumb and Dumber.

Neely was born in Comox, B.C. but raised in Maple Ridge, B.C. Though his executive post with the Bruins keeps him primarily in Boston, he retains Vancouver business ties as a member of the Whistler Blackcomb Holdings Inc. board of directors.

Who else might you know on the Whistler Blackcomb board? John Furlong, who was the CEO of the Vancouver Olympics.

Furlong showed his colours April 24 during game six of the Canucks' first round series against the Chicago Blackhawks. You might've caught a quick glimpse of VANOC boss Furlong on Hockey Night in Canada, wearing a number 10 Canucks' jersey and waving a Canadian flag after Alex Burrows' goal in game six at United Center in Chicago. Furlong, amid a sea of red-clad Blackhawks' fans, was treated to the trip by Canucks' owner and VANOC sponsor Francesco Aquilini. A source tells me Furlong was sprayed with a drink by an unruly Chicago fan.

Furlong was in friendlier territory five days later when he flogged his Patriot Hearts book in a lunchtime speech to the Canadian Community Newspapers Association Ink + Beyond conference at River Rock Show Theatre at the Richmond casino. The audience included his new female companion, Deborah Shaw.

When Whistler Blackcomb's board of directors meets after mid-June, either Neely or Furlong will be sporting a bigger smile.
Posted by Bob Mackin at 10:12 PM