Much has now been written about Exel Logistics and its thirst to become the private operator of the Liquor Distribution Branch's warehouses and distribution network. Exel proposed a private-public partnership, hoping to score the contract without a competition. On the alternative, Exel wanted to position itself as the winning bidder. A Sept. 24, 2010 letter by vice-president Scott Lyons to liquor minister Rich Coleman is the best proof so far that Exel sought to use its relationship with Coleman to influence the writing of the request for proposals, just as Exel contemplated in the "Project Last Spike" internal memo of Oct. 6, 2009. 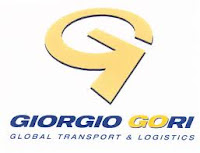 Exel has contingency plans and one involves acquiring Richmond warehouse ContainerWorld, the biggest pre-distribution warehouse for liquor in B.C. A great deal of the bottles you see on shelves in B.C. went through ContainerWorld before entering the LDB system. ContainerWorld has a business relationship with Giorgio Gori of Italy. Gori is owned by Deutsche Post DHL, which, coincidentally, owns Exel.

ContainerWorld's founder and present owner is Dennis Chrismas, a BC Liberal supporter who donated to liquor minister Rich Coleman's campaign in 2009. Chrismas (whose name doesn't include the letter-T) hired lobbyist Mike Bailey to encourage the government to keep the status quo. Now that the LDB logistics monopoly contract is in play -- and the government is phasing out the pre-distribution program -- Chrismas had to throw his hat in the ring. As the document below shows, Chrismas and Bailey met with Coleman on March 2 from 12:30 p.m. to 1 p.m., according to a copy of Coleman's agenda I obtained via Freedom of Information. (The documents also show Coleman met with B.C. Government and Service Employees' Union president Darryl Walker and negotiator David Vipond on March 28, a week after the union and government agreed to a post-privatization job security and early retirement package. But that's another story, right here.)

Despite my numerous attempts to find out what was discussed in the meeting, neither Coleman nor Chrismas have responded to my interview requests.


If Exel doesn't make it to the shortlist on July 20 and ContainerWorld does, then don't for a moment assume that Exel is out of the game. The "Project Last Spike" memo spelled out Exel's ContainerWorld strategy. Read all about it here, from Business in Vancouver.


Rich Coleman Agenda
Posted by Bob Mackin at 11:37 AM