When Premier Christy Clark shuffled her cabinet on Sept. 5, she also refreshed her "liquor cabinet." 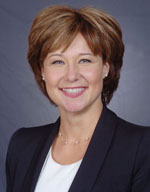 Several cabinet ministers and MLAs are involved in one of the government’s biggest, most controversial priorities of 2012: to sell the warehousing and distribution operations of the Liquor Distribution Branch to a private operator.

No business plan has been published by the government to justify the Feb. 21-announced breakup of LDB, which made a $911.1 million profit for government coffers on $2.89 billion of sales last year.

Much has been written about Exel Logistics, which operates Alberta’s private since 1994 system and hired high-powered BC Liberal insiders Patrick Kinsella and Mark Jiles to lobby for the B.C. gig since 2005. No other company that submitted bids by the June 29 deadline has been as aggressive as Exel, which originally wanted to do a private-public partnership and skip a public tendering process altogether.

Clark is head of cabinet and, what I call, the liquor cabinet. Kinsella was co-chairman of her successful 2011 leadership campaign, a guest at her swearing-in on March 14, 2011 and a guest at the B.C. Place Suite for the Sept. 30, 2011 reopening of B.C. Place Stadium. Kinsella ended his lobbying registration for Exel on March 30, a month before the request for proposals was published.

Rich Coleman (upper right) is the minister responsible for the Liquor Distribution Branch and Liquor Control and Licensing Branch. His business card became more crowded in the shuffle with the designation of Deputy Premier. Coleman's name is mentioned in the Exel "Project Last Spike" internal memo: company vice-president Scott Lyons told his superiors that the company's relationship with Coleman could be used to influence the writing of the RFP.

Mike de Jong (middle right) replaced the resigned Kevin Falcon as Finance Minister and was given the responsibility to “lead the work on the possible asset sale,” according to a Finance Ministry representative on condition of anonymity. De Jong was the waffling Attorney-General when Dave Basi and Bob Virk made surprise guilty pleas on Oct. 18, 2010 after the ex-Liberal ministerial aides accepted $6 million of taxpayers' money to pay their legal bills. A still-secret transaction that the Auditor-General John Doyle and intervenor/ex-Liberal MLA John van Dongen are seeking a court order to bring to daylight. (Hear more about the controversial sale of BC Rail to CN in The Investigators documentary here.)

Ben Stewart (lower right) replaced Margaret MacDiarmid as the Citizens’ Services Minister. Stewart is responsible for government-wide buying and contracting and it is the staff of his ministry who are handling the LDB tendering process. Three executives of the Coleman-overseen LDB (including acting general manager Roger Bissoondatt) and four executives from the Stewart-overseen Citizens' Services are on the evaluation committee, weighing the bids from four companies (Exel, ContainerWorld, Kuehne + Nagel and Metro Supply Chain Group).

“They will continue in their current roles in the procurement process,” said the Finance Ministry representative.

”Given Minister's Stewart's previous involvement in the industry, out of an abundance of caution and to ensure no perception of conflict, responsibility for this project was transferred to the Minister of Finance.”

Let’s not pussyfoot around the issue, eh? Stewart is both a client of B.C.’s LDB and Exel’s Alberta monopoly, Connect Logistics, through his family company Quails’ Gate Estate Winery of Kelowna. He was also lobbied by Lyons. Stewart advocates private distribution and said in the Legislature on May 7, the day before my story exposing Exel’s "Project Last Spike" broke and NDP critic Shane Simpson stood up in the Legislature during Question Period to demand answers from Coleman.

Coincidentally, I spoke with Stewart on Sept. 4, the night before he was sworn into cabinet. (Stewart gave no hint about his imminent job promotion). Here's what he said about Exel's push to privatize:

“We probably only have a very very tiny piece of the utilization of that, we've been working with LDB successfully almost 25 years and this new model is probably comparable a little bit to the Alberta model...
“Sometimes it takes the initiative of some catalyst to make sometimes these things to happen. I think that Exel may have asked the question. Is the province willing to consider it. They knew that there was other competitors. There's people that house and store wine for imported wines and other products here int he province. The LDB doesn't have the capacity or the interest to be becoming a warehousing depot is what I think Exel is probably more their field of expertise.
“My only point of contact is I knew the distribution systems around the country and other parts of the world because of my background. That's the only reason I probably talked to Scott at any point and was supportive of the concept that if they thought they could do it better, we should look at an open process.”

Stewart told me he had spoken with Lyons over a year ago. Lyons, we found out in July, had also spoken with Stewart’s brother, Tony Stewart.

“I think Scott mentioned that he had met with my brother, my brother is responsible as CEO of our company to essentially maintain and do what's necessary to run our business.
“When I chose to go into politics I completely moved everything into a blind trust and have a friend that actually is the trustee, I have no contact at all with the winery. I don't know what my brother is doing in terms of whatever discussions. On a personal note we see each other for Christmas and family events, but it's not about the business. I have the trust in the trustee and him and the board of directors I put in place beforehand to make certain these things were done in a proper manner before I considered giving up a business that I'd spent 35 years creating.”


Meanwhile, De Jong chairs Treasury Board, the 10-member committee that will approve the winning bidder in mid-October. Coleman and Stewart are also on Treasury Board. Same goes for Jobs and Tourism Minister Pat Bell, Ex-Finance Minister (and co-father of the Harmonized Sales Tax) Colin Hansen and John Les, who was liquor minister in 2005. Exel lobbyist Mark Jiles held several meetings with Les from 2005 to 2007, at which Les apparently expressed his encouragement. De Jong's vice-chair on Treasury Board is Justice Minister Shirley Bond, who was lobbied on Aug. 25, 2011 by Lyons in a meeting at the Premier's Vancouver Office and signed reports to Treasury Board and Cabinet supporting the Exel proposal to privatize LDB's logistics. Earlier that summer, Lyons had lobbied another Treasury Board member, Ida Chong, who helped connect Lyons with Tony Stewart.