They never got to go home. We must never forget.

An apartment block with ivy stretching across and up a sunbathed wall under a blue sky morning. A water fountain. A lost kitten poster nearby. Bicycles parked. It was a serene atmosphere on the morning of Sept. 24, 2010 in Munich as I strolled along, taking photographs. 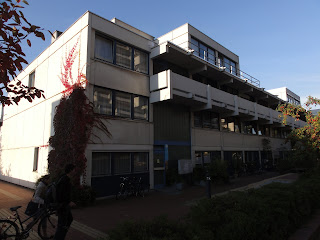 This is where the world of sport forever changed. This is where Palestinian terrorists, calling their group Black September, took Israeli athletes and coaches hostage. The 11 innocents were eventually killed in what became known as the Munich Massacre.

Perhaps the biggest tragedy was that the ugly incident was preventable. In fact, a psychologist advising Munich 1972 organizers, Dr. Georg Sieber, submitted a list of 26 potential security scenarios, according to Sports Illustrated's Aug. 26, 2002 edition. One of Sieber's scenarios came true.

The psychologist had submitted to organizers Situation 21, which comprised the following particulars: At 5:00 one morning, a dozen armed Palestinians would scale the perimeter fence of the Village. They would invade the building that housed the Israeli delegation, kill a hostage or two ("To enforce discipline," Sieber says today), then demand the release of prisoners held in Israeli jails and a plane to fly to some Arab capital. Even if the Palestinians failed to liberate their comrades, Sieber predicted, they would "turn the Games into a political demonstration" and would be "prepared to die.... On no account can they be expected to surrender."

Organizers wanted to have "Carefree Games" as they intended to welcome the world back to Germany. They were hoping to put behind them the ugly past of World War II. So Sieber's Scenario 21 was shelved. Denied. Ignored.

With security tossed aside, the Olympics became one big party. Mimes, jugglers, bands and Waldi, the dachshund mascot, gamboled through the Village, while uncredentialed interlopers slipped easily past its gates. After late-night runs to the Hofbräuhaus, why would virile young athletes bother to detour to an official entrance when they could scale a chain-link fence only 6 1/2 feet high? The Olys learned to look the other way. A police inspector supervising security in the Village eventually cut back nighttime patrols because, as he put it, "at night nothing happens."

New information this year reveals that Neo-Nazis aided the terrorists and that German authorities were warned that something was going to happen. It never should have happened.
I was only two-years-old at the time. Since 2006, I have covered two Winter Olympics, two Summer Olympics, a Pan American Games and a Commonwealth Games. I have often criticized the apparent overwhelming spending waste on Olympic security. Security is absolutely necessary, but is absolute security necessary? How much is too much? I always wonder, if the fundamentals are followed, can the same goal of a safe and secure Games still be achieved for half the price? In 1972, German authorities simply didn't take care of Basic Security 101: The terrorists, wearing tracksuits, jumped a fence that was inadequately patrolled, along with bona fide athletes, including Canadians.
The incident unfolded before the eyes of the world and it came to a horrible conclusion. 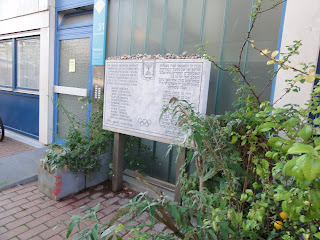 ABC's Jim McKay delivered the grim news to viewers, in one of the most dramatic moments in sports broadcasting: "There were 11 hostages," he said. "Two were killed in their rooms, yesterday morning. Nine were killed at the airport, tonight. They're all gone."
Their names are still there. Inscribed on a plaque, in Hebrew and German, above "Ehre Ihrem Andenken" (Honor to their memory): David Berger, Seew Friedman, Josef Gutfreund, Elieser Halfin, Josef Romano, Amizur Shapira, Kehat Shorr, Mark Slavin, Andre Spitzer, Jaakow Springer, Mosche Weinberger.
They went to Munich to compete in peace. They never got to go home. We must never forget.