Lu on the bubble?

For only the second time since joining the Vancouver Canucks, goaltender Roberto Luongo was on the bench and healthy to start a second consecutive home game.

Backup Cory Schneider started against the St. Louis Blues on Oct. 26 at Rogers Arena. It was the fifth time in 11 games this season that the Man from Marblehead, Mass. was featured between the pipes. He also backstopped the Canucks in their Oct. 22, 3-2 overtime matinee win at Rogers Arena against the Minnesota Wild. 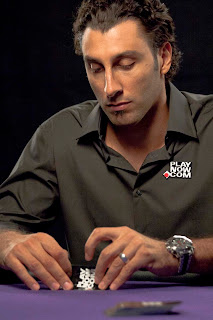 Luongo returned to the net for the 3-2 Oct. 25 loss in Edmonton. Number 1 was pulled after giving up three goals in a four-minute span. So he will ride the pine on hump day.

When Luongo joined the Canucks in 2006 from the Florida Panthers after a blockbuster trade, he was the only member of the team that management could rely upon to sell tickets.

"Bobby Lu" was guaranteed to make one awe-inspiring save every game. Daniel and Henrik Sedin had yet to blossom and were known for cycling the puck; goals were neither a given nor would they be sparkling.

So Luongo -- who was marketed to Vancouver fans as the "world's best goalie" -- had a lock to start all home games and away pay-per-view and Hockey Night in Canada games. They desperately needed him for TV ratings and to inflate sponsorship and ticket tallies.

But not anymore. The Sedins and Ryan Kesler are as big as -- if not bigger -- than Luongo. They're the ones scoring goals and selling tickets. The Canucks can afford to start Schneider. It is also the path of least resistance because of an impatient, dare I say fickle, fan base that has booed and jeered the man it once revered. Not even the Olympic gold medal won on home ice on Feb. 28, 2010 (and celebrated in a new Rogers Arena display) is enough to give Luongo the benefit of the doubt. Too many fans remember too much about the 4-0, Stanley Cup final Game 7 loss to the Boston Bruins. Many understand that it's highly unlikely the Canucks will return to the final in 2012. History is not on their side.

If you think fans are getting anxious, how about the people who sign the paycheques? A source told me that Canucks Sports and Entertainment boss Francesco Aquilini privately expressed his frustration about Luongo in a meeting with general manager Mike Gillis. Aquilini even dangled the idea of a trade before the deadline if Luongo doesn't return to form.

Head coach Alain Vigneault doesn't want to gamble, so he went with Schneider against the Blues. Gillis already traded Marco Sturm and Mikael Samuelsson to the Florida Panthers Oct. 22 and may not be averse to making more changes if the Stanley Cup losers still need stimulating.

In six 2011-2012 appearances, Luongo has two wins and four losses, one of which was in a shootout. He allowed 19 goals in those games. He also lost four of the last five Stanley Cup finals games, allowing 18 goals.

Add it up and Luongo is 3-8 with 37 goals allowed in his last 11 games. A lousy start for Lu. No wonder fans are getting restless in a city known as the NHL's "goalie graveyard."

Four of the previous goaltenders the Canucks acquired from the Sunshine State contributed to that reputation. Alex Auld and Kevin Weekes were once property of the Panthers. Corey Schwab and Dan Cloutier were Tampa Bay Lightning netminders. Will Luongo be the fifth futility from Florida?

Part-time poker player Luongo has another gig this year, endorsing the British Columbia Lottery Corporation's legal, but controversial, poker and sports gambling website (despite his appeal to children and youths who emulate him on school playgrounds and community ice rinks).

No wonder the shrewd businessman who calls the shots on Griffiths Way is getting antsy. His return on investment is diminishing before his eyes.
Posted by Bob Mackin at 9:01 PM