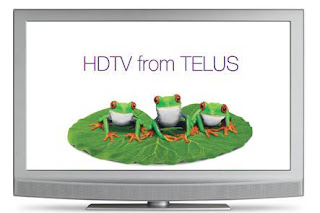 A news conference is in the planning stages for Tuesday, Nov. 1 at B.C. Place Stadium for an announcement regarding the B.C. Lions and Vancouver Whitecaps, who are expected to be involved in the event because they're the primary tenants of the stadium.

The silence has been deafening. Neither Telus, Cisco nor B.C. Pavilion Corporation's public relations firm Pace Group have responded to my queries to confirm or deny the event or their involvement.

Telus is the telecommunications and technology provider at B.C. Place and Cisco's StadiumVision is the "video and digital content distribution solution" (read: the software that runs the multitude of video screens, large and small). Before the Sept. 30 reopening, the major Telus hardware and wiring installation at B.C. Place was cloaked in secrecy. So much so that it was even code-named "Project Frog."

Telus also has a 10-year, $1 billion contract to supply telecommunications services to the British Columbia government, Crown corporations BC Hydro, BC Lottery Corporation and ICBC and regional health authorities.

When I asked Oct. 14 if his company bought the naming rights, Telus chief financial officer Robert McFarlane would neither confirm nor deny. He would only say there would be a "coming out party" for Telus at B.C. Place in the near future.

There may be a reason for the secrecy. PavCo awaits the results of the B.C. Government and Service Employees' Union local 1703 vote on a new contract. The two sides reached a tentative deal on Oct. 24. Voting is supposed to end Nov. 1. There is no pay raise, but the workers apparently got the job security and anti-bullying provisions they wanted. The catch? The contract, if ratified, would expire May 31, 2012.

Nov. 1, coincidentally, was also the original date set by PavCo for the reopening of B.C. Place. PavCo chairman David Podmore moved the date forward by a month in February, despite problems installing roof-support cables. The domino effect meant crews didn't begin installing roof fabric until June. The roof opened and closed as advertised Sept. 30, but the sealing job was not complete and leaks continued well into October.

Read more about the controversial $563 million renovation of the 1983-opened stadium here.
Posted by Bob Mackin at 7:22 PM