Is the City of Vancouver ready for Occupy Vancouver on Oct. 15?

Transportation director Jerry Dobrovolny says it is, but admits the local version of Occupy Wall Street is a great unknown.

“The difficulty here is that there is not a clear organizer, there is nobody that has stepped forward to take out a permit, there is no plan that we can review with them and approve,” Dobrovolny said on the eve of the protest at the Vancouver Art Gallery. “Our number one priority is safety to the public and property in the area.”

If protesters occupy the VAG plaza and try to camp there, Dobrovolny said city staff will ensure they are not using combustibles, such as propane-powered stoves. A propane tank exploded before the official opening of the Vancouver Christmas Market at the Queen Elizabeth Theatre last year.

Mayor Gregor Robertson issued a statement on Oct. 14, recognizing the discontent with the global economical upheaval but encouraging peaceful protest. He mentioned the June 15 Stanley Cup riot as an event marred by a minority. The Stanley Cup fan zone that was marred by the riot was organized by Robertson, who is among the public officials who have not admitted fault for the chaos that happened the night the Vancouver Canucks lost the Stanley Cup on home ice. Four months after the riot, not a single rioter or looter has been charged.

Occupy Vancouver could be the first big test of the April-enacted Bylaw number 10252, better known as an amendment to the Street and Traffic Bylaw regarding political expression on structures on streets. The controversial bylaw says “a person must not build, place, maintain, occupy or cause to be constructed, placed, maintained or occupied in any street any structure, object or substance which is an obstruction to the free use of such street, or which may encroach thereon, without having first obtained a permit issued by the City Engineer...”

Those who do get permits must take down their temporary structures from 8 p.m. to 8 a.m. daily. Tables that convey political expression, however, do not require a permit, if they meet 18 requirements, including the 8 p.m. curfew and a limit of one table per city block at any time.

But, as Dobrovolny said, the Occupy Vancouver group has not applied for a permit.

One can only wonder whether the lack of permit might be all the police need to move in and put an abrupt end to any protest that lasts more than a day.

Needless to say, the B.C. Civil Liberties Association was opposed to the measures when they were introduced in reaction to a court ruling on a long-running protest hut outside the Chinese consulate in Vancouver by members of Falun Gong.

“You have no business wearing a mask at a legitimate protest,” said Const. Jana McGuinness.

"I guess I've just never seen the press release from the RCMP or VPD that talks about the threat presented by insider trading and corporate malfeasance to Canadians' pensions and retirements. Or how a large gathering of corporate executives can act as a cover for 1% to pay themselves absurd rewards at the expense of the rest.

"Don't wear a mask, says the VPD release. 'We need to identify you because your protest is a threat to the public,' is the implicit message.

Yes, we have seen irresponsible, violent mask wearers at the 1999 World Trade Organization protest in Seattle, the 2010 Heart Attack protest on the second day of the Vancouver Winter Olympics and when the G20 summit was hosted in Toronto in 2010. The ugly actions of a few (coupled with bad reactions by police) overshadowed the important messages of the majority of people expressing dissent. 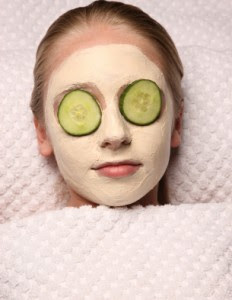 But since when did the VPD anoint themselves the fashion police, especially during the mask-wearing season of Hallowe’en? It’s not a one-night celebration anymore, but a multi-weekend, big business season that rivals Christmastime from a business standpoint. I have never heard VPD discourage the wearing of masks among attendees of Playland's Fright Nights or nightclubs on the Granville Mall.

I witnessed a peaceful anti-Olympic torch relay protest in Victoria on Oct. 30, 2009 where most of the participants wore some form of mask or face paint. The participants were under the constant watch of both police and media and got their message across without violence or damage. Mind you, they didn't exactly make new friends when they forced the torch relay's re-routing and disappointed several people who were looking forward to running the Olympic flame on its first day in Canada.

There is no law that prohibits law-abiding citizens from wearing a mask in public, either as individuals or members of a group. Go right ahead and draw attention to yourself -- expect stares and whispers. A reasonable person should never wear a mask in places like a bank or a hospital.

If a masked citizen in public crosses the line and assaults another person or damages property, that's when police have reasonable grounds to unmask and arrest a masked person under the “Disguise with Intent” law in section 351(2) of the Criminal Code of Canada. The consequences are serious. It says:

So that means you’re free to wear a Guy Fawkes mask, Phantom of the Opera mask, cucumber/avocado facial healing mask or even paint your face like your favourite member of KISS (I always wanted to paint my face like Ace “Spaceman” Frehley). Just obey the law and respect people and property while exercising your freedom of speech and assembly.

Protests where the words speak louder than the actions are the most effective. Regardless of where you are on the political spectrum, the roles and responsibilities of governments and corporations in our lives deserve to be debated in a rational manner.
Posted by Bob Mackin at 10:11 PM