Why it's called PavCo, not AnswerCo 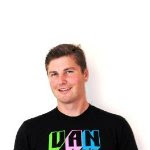 David Podmore vacated his chair on the B.C. Pavilion Corporation board of directors at the end of September, just before the first anniversary of B.C. Place Stadium's reopening from a taxpayer-funded renovation.

It was also the end of interim president Dana Hayden's second full month as the replacement for Warren Buckley, who resigned at the end of July.

Neither of them responded to my repeated email and phone requests for an interview.

Stadium marketing and communications manager Duncan Blomfield (right) ran interference for his bosses. Instead of arranging an interview, he invited me on Sept. 25 to send questions. I did just that, the very next day. (See the whole list below.)

That was a month ago. I still don't have the answers.

Despite frequent reminders, Mr. Blomfield claims that the official response is going through an "approval process."

Mr. Blomfield and others at PavCo were easier to deal with before the Sept. 5 cabinet shuffle that saw the affable Pat Bell hand the responsibility for PavCo to Rich Coleman.

Deputy Premier Coleman's portfolio already includes energy, mines, natural gas, liquor, gambling and housing. Now he also oversees the stadium and the Vancouver Convention Centre. I honestly don't know how he rates on the affability scale, because Mr. Coleman has never agreed to a one-on-one interview with me.

On 2012-09-25, at 3:39 PM, Duncan Blomfield wrote:Hi Bob,
Regarding the ‘one-year anniversary’ interview request – please send me your specific questions and I will endeavor to provide specific answers.
Duncan

Unfortunately, I have not received any assistance in arranging interviews.
As you asked for my questions, I have many. My hard deadline is 5 p.m. Thursday. I look forward to your answers.

A) What is the detailed breakdown of the $514M spent on the renovation?

B) What is the cost of the ongoing work to repair leaks and stains on the roof? When will it be complete?

C) How many people are in management positions at B.C. Place, vs. union positions?

E) Has an agreement been reached with Telus for official or exclusive supplier status?

F) What is the total owed by PavCo to Telus for its 2011 installation in anticipation of the naming rights?

G) What was the cost of the Terracover V system?  (Bob's note: that is the plastic field cover system used to protect the field during concerts and trade shows.)

H) What was the cost to remedy the problems experienced with Terracover in February and March?

J) Why did B.C. Place use more power and pay higher hydro rates in fall 2011/winter 2012 versus fall 2008/winter 2009, the last regular fall/winter before the temporary VANOC takeover and before the old roof was removed?

M) Why is the roof not left open as a default position and closed only in case of inclement weather? As it is, the roof is only opened for events. Are there problems with the drainage?

N) Are event promoters charged a fee for the roof to be opened and, if so, what is the cost?


While we wait for the answers, mark Oct. 21, 2013 on your calendar. That's the scheduled beginning of an 85-day civil trial in B.C. Supreme Court between B.C. Place steel and cable contractors Canam and Freyssinet. It will provide the most complete glimpse into troubles encountered with the the most complex stadium renovation in history.

It's important for politicians to get out and meet the people and know the land they govern. But, wondered NDP house leader John Horgan, is this just Premier Photo-Op on her permanent campaign?


“Ms. Clark has been campaigning since she started her run for the Liberal leadership, and she's continued to campaign for the last year and a half. What we'd prefer to see is good government. Most citizens would prefer to see good government. Most citizens would rather have their premier focusing on the systemic challenges with our fiscal situation, addressing child poverty, addressing problems in communities right across B.C., that's not necessarily best done on charter flights in and out to raise funds or to raise political awareness. What we need is a government that will roll up its sleeves and address the challenges of the day and that does not require charter jets.”


Clark has flown 29,000 kilometres around B.C., as far north as Yellowknife and as far east as Regina on the taxpayer dime since the fourth day of her Premiership. I learned this through a series of Freedom of Information requests.

You won't find information about Clark's charter flights in the Public Accounts. But you'll find all the relevant documents below.

Clark often travels with a communications aide and another staffer. Sometimes a minister or deputy minister. Almost always a bodyguard is aboard. She even brought a lobbyist aboard a Dec. 1, 2011 flight to Kitimat that turned back to Vancouver because of nasty weather.

Blackcomb Aviation is owned by David McLean, the CN chair who was a well-known friend of ex-Premier Gordon Campbell. BC Rail was sold to CN in 2003 in a controversial deal that has yet to be fully explained to the citizens of B.C. (Learn all about it on this Investigators documentary.)

Cabinet members are allowed to take charter flights if they're on government business, their destination is not adequately served by scheduled service and/or if their schedule dictates they cannot wait for a scheduled flight.

Clark apparently tested the limits of what government business is. On May 26, 2011, she went on a one-day trip to a town hall meeting in Cranbrook. This was during her honeymoon spring and she was planning for a fall election, which was eventually scuttled. Kootenay-Columbia Conservative Member of Parliament David Wilks attended the town hall meeting. So did Doug Clovechok, who was hoping to run for the Liberals in that election.

He was finally, officially nominated on July 31 at a party meeting in Golden. That was the middle day of Clark's three-day area tour. She was there and posed for photos with Clovechok. Blackcomb's bill was $7,741.99.

Clark made four trips in three weeks for $38,600 on Blackcomb Aviation during July 2012, including a one-day, $15,470.07 trip on July 19 to Regina and Edmonton. She met Saskatchewan Premier Brad Wall during the first stop and Alison Redford, the Alberta premier, on the second. The meeting with Redford was called the "Secret Summit," because Clark was whisked in and out of the Alberta Legislature with no notice or fanfare. Along for the ride were deputy minister Neil Sweeney, aide Gabe Garfinkel and the bodyguard.

Such is life aboard charter jets, which use a private terminal on the south side of Vancouver International Airport.

#LiquorLeaks and the Exel six-pack

Exel, the BC Liberal-connected company thirsty to take over the B.C. Liquor Distribution Branch, sent a six-pack of its big guns to the Vancouver head office and booze warehouse on Aug. 29, according to an LDB sign-in sheet obtained via Freedom of Information.

Despite what it says, they were not guests of Pele. Sorry folks, the Brazilian soccer great that thrilled us all for a moment during the London Olympics closing ceremony (it was better in person, believe me) doesn't work at LDB. Whoever signed them in at the security office meant to sign "Pelle," as in Pelle Agerup, the B.C. government's senior director of procurement.

South African-born Foreman, a part-time poet, is based in California, but shuttles to Alberta whenever needed by Connect Logistics. That's the Exel-owned company that has the Alberta liquor logistics monopoly. Exel wanted to expand across the Rockies and take over the B.C. LDB. Foreman, according to the "Project Last Spike" internal memo, was to become the new head of the B.C. LDB's non-retail operations if Exel's seven-year quest to win the business succeeded.

Aug. 29 was the last Wednesday before Labour Day weekend. Less than a month later, on Sept. 28, the government put a cork in the privatization of the LDB when it announced a new, two-year deal with the B.C. Government and Service Employees' Union.

Did a sudden, favourable labour deal with the biggest provincial public sector union really kibosh the most-controversial privatization in years? Or was there something else lurking behind the scenes that scared the cash-strapped B.C. Liberals into sobriety on this file?

But what kind of MLA might Heyman be, if he can unseat B.C. Liberal incumbent Margaret MacDiarmid in the May 2013 provincial election?

MacDiarmid was the Citizens' Services minister who was the titular lead for the privatization of the Liquor Distribution Branch's warehousing and distribution, before she was shuffled to the Health Ministry in September.

MacDiarmid, to her credit, agreed to an interview with me. Liquor minister Rich Coleman, whose hands were all over the file, behind-the-scenes, did not.

Heyman was a key player in the years-long saga during his 1999 to 2008 tenure as BCEGU president. Under his watch, the BCGEU successfully thwarted the Liberals' 2003 bid to privatize LDB's retail and logistics. But, from 2005 to 2008, Heyman and BCGEU organizing director Jeff Fox held closed-door meetings with Exel Logistics' lobbyists Mark Jiles and Rob Madore. Exel expressed confidence it had support from the BCGEU in its Oct. 6, 2009 "Project Last Spike" internal memo. In a nutshell, the memo said the BCGEU was willing to sacrifice the warehouse workers in Vancouver and Kamloops warehouses in order to keep the workers who are employed across the province in the LDB retail chain. Current president Darryl Walker, who succeeded Heyman, denied that was the case.

Heyman, now executive director of the Sierra Club B.C., didn't want to answer any questions from me about BCGEU, Exel and LDB when I contacted him in June for this story in Business in Vancouver.
“I prefer not to comment on BCGEU issues,” Heyman told me. “I've been gone a long time and am doing other work these days.”
Now that Mr. Heyman has his sights set on a seat in the Legislature, he will have to comment on BCGEU issues. It is his claim to fame and his constituents have a right to know about what he did while the democratically elected head of one of B.C.'s most-powerful unions.
Meanwhile, the latest #LiquorLeaks release (below, via Freedom of Information) offers a glimpse into how the bureaucrats managing the file were planning their summer and fall. Oct. 9-12 was supposed to be the evaluation committee's Phase three climax. A proponent was supposed to be recommended and approved by Treasury Board on or around Oct. 16.
Of course, the government and BCGEU reached a surprise tentative agreement for a two-year contract on Sept. 27 that scuttled the tendering process. Even NDP critic Maurine Karagianis was in disbelief, speculating that something else drove the Liberals to end the privatization and that the BCGEU settlement was a convenient cover to hide behind.
Response - CTZ-2012-00133