Is this the Women's World Cup Canada 2015 logo?

The eyes of the women's soccer world will be on Vancouver's B.C. Place Stadium on Dec. 14 where the logo for the FIFA Women's World Cup Canada 2015 will be unveiled during a live TSN.ca webcast at 11 a.m. Pacific/2 p.m. Eastern.

B.C. Place is one of six host venues for the expanded 24-nation tournament and is in the running to host the championship final for the planet's biggest women's sport tournament. (That announcement is expected sometime in the spring of 2013.)

A non-coloured logo with the Canada 2015 word mark, however, is already on public view on the website for the Canadian Intellectual Property Office's Trade-marks Database.

The website says the trademark was filed Nov. 29 by Smart & Biggar of Ottawa on behalf of FIFA. The logo on the CIPO page features a stylized, 11-point maple leaf with feathers, rays of light, trees, and mountains inside. A female figure is in the foreground, with arms raised in victory, above the Canada 2015 word mark.

To say the list of goods and services to which the logo may be attached is exhaustive would be an understatement. The last items on the list of wares are "cigarettes; tobacco."


UPDATE (Dec. 14): Yes, indeed that is the logo. Here it is in better detail and in living colour. 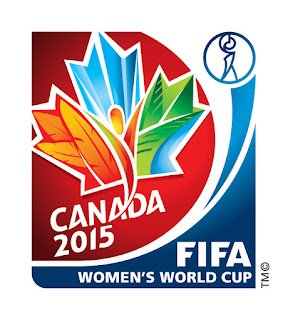 Facts about the logo, from the organizing committee:

One of the biggest provincial stories of 2012 was the BC Liberals' controversial, aborted attempt to privatize the Liquor Distribution Branch's warehousing and distribution.

There was no business plan and no formal industry consultation. There was plenty of intrigue, because BC Liberal backroom boy and BC Rail adviser Patrick Kinsella was lobbying for Exel Logistics. The government did its best to wrap the deal in a shroud of secrecy. We still don't know precisely how and why it was kiboshed before the shortlisted bidders could make their final presentations.

But the government didn't count on me and my li'l library of #LiquorLeaks shining some much-needed light on the specious process. Thanks, also, to good ol' fashioned brown paper envelopes and the documents inside. (I'm not finished yet. Far from it.)

So, what's the latest, you say?

Remember when the government released Treasury Board and Cabinet reports in late May? They were so heavily censored that the only information visible had been cut-and-pasted from already published service plans and financial reports. I appealed and pressure from the Office of the Information and Privacy Commissioner caused the government to uncensor portions of those reports. I'm not satisfied yet, but I am happy to report what the government was hiding from you.

Specifically, that the government was studying the sale of its chain of 197 B.C. Liquor Stores, along with the LDB logistics! I revealed this in Business in Vancouver on Dec. 13. The documents are below, which indicate anticipated opposition from the B.C. Government and Service Employees' Union was the biggest obstacle.

The government opted to keep the stores, but tried to sell the warehouses and distribution. Then, on Sept. 27, it agreed to a new two-year deal with the BCGEU that included a moratorium on any LDB privatization. This happened after liquor minister Rich Coleman spent six months banging the drum for a private warehouser and distributor to come along and help government save money (despite industry players warning that higher prices would be the outcome).

Cabinet & Treasury Board documents recommending privatization of liquor distribution in British Columbi...
Posted by Bob Mackin at 10:54 PM No comments:

Of the Gifted Bloy and Minister "Cadeau"

In Business in Vancouver on 12-12-12, I revealed the latest annual public disclosure statements by British Columbia's members of the legislative assembly.

The statements are required under conflict of interest legislation and give a peek into the finances of those who either have a hand in the public purse or are watchdogs of the public purse. I stress the word "peek" because the details are rather slim. But there is enough to discuss, particularly in the gifts category.

When Children and Families Minister Stephanie Cadieux (upper right) went to Premier Christy Clark's annual fundraising dinner for the BC Liberals, a big, multinational pharmaceuticals company paid. Cadieux reported on her form that Hoffmann-La Roche paid for her pair of tickets, worth $700.

Harry Bloy (lower right), Clark's only leadership supporter in caucus, scored a $2,000 package of eight Vancouver Canucks' tickets and a Christmas party from Pacific Western Brewing (makers of, ahem, Scandal Ale). PWB, you may recall, benefitted from a tax break. The company's lobbyists include Patrick Kinsella and Mark Jiles -- who were also working for Exel Logistics in its attempt to privatize the Liquor Distribution Branch.

See the full disclosure statements below for all MLAs, including Pat "Wendy's" Bell and Gordon "Boston Pizza" Hogg.

Is it too early to make predictions for 2013?

The B.C. Government and Service Employees' Union workers reached a settlement in the fall of 2011, meaning labour peace for the 99th Grey Cup. That contract ran out May 31 and negotiations fell apart on Dec. 10. The gap between the two sides is, well, about as big as when the stadium's retractable roof is open (which is, despite the price tag, a rarity).

Here is the notice that was posted on the BCGEU website on Dec. 12. The only two events planned for January are both late in the month: the Maple Leaf Monster Jam and Year of the Snake Chinese New Year Expo.

Posted by Bob Mackin at 9:16 PM No comments:

No briefing note for the Premier on Haida Gwaii quake

Premier Christy Clark has 23 people listed in the government directory as her staff in the Office of the Premier, but not one of them got around to creating a briefing note after the Oct. 27 Haida Gwaii earthquake. That, according to a Dec. 10 "no records" letter sent to me by the government.

Briefing notes are a cornerstone of government communications and decision-making, as this government web page explains.

That magnitude 7.8 shaker could be felt far and wide across British Columbia and served as a wake-up call to remind us we live in a seismically active corner of the world. It took almost 50 minutes for Emergency Management B.C. to get into action. American authorities had already issued a tsunami alert.

Clark may have been preoccupied with social gatherings in Whistler after the end of the BC Liberals' pre-Hallowe'en "open" convention. It wasn't the first time a major provincial event passed without a briefing note for the Premier. The 2012 Stanley Cup riot was not documented, despite all the reasons why it should have been. (I do know that the Premier left Rogers Arena and went home that chaotic night, instead of attending an emergency operations centre.)

Communications staffers worked the morning after the quake and produced a briefing note for Environment Minister Terry Lake.

No briefing note for the Premier

Moray Keith drives away from viaSport

A big shakeup at viaSport, the organization formerly known as the B.C. Sport Agency.

CEO Scott Ackles dropped the bombshell Dec. 10 when he announced Moray Keith (right) was quitting as chairman of the 2010 Legacies Now spinoff.

Ackles and Keith were named March 1 as the leaders of the "bold new sport agency for B.C." that was to "simplify" and "strengthen" the B.C. sport sector.

Keith is a big wheel, in more ways than one. His Dueck GM is Canada's biggest auto dealership. He's a director of the Motor Vehicle Sales Authority of B.C., B.C. Lottery Corporation, Richmond Oval Corporation and B.C. Football Hall of Fame. He led private groups that partnered with municipalities to build junior hockey rinks in Chilliwack and Langley. In 2011, B.C. Lions' Waterboys co-founder Keith chaired the 99th Grey Cup Committee, of which Ackles was the general manager. Now Keith has left viaSport, with no explanation given.

Keith, I might add, is also cosy with the governing BC Liberals. By all credible public opinion polls, the party led by Premier Christy Clark is past its best-before date and a change in government is forecast for the May 14, 2013 provincial election. Keith donated nearly $100,000 to the Libs since 2005, according to Elections B.C. Deputy Premier Rich "Liquor & Lotteries" Coleman maintains his Fort Langley-Aldergrove constituency office near the main entrance of the Keith-developed Langley Events Centre.

Keith's successor Cathy Priestner Allinger (left) is no stranger to viaSport. She was also his predecessor as the interim chair. Priestner Allinger is the Innsbruck 1976 speedskating silver medallist who was the executive vice-president of sport and venue management for the Vancouver 2010 Winter Olympics and Paralympics after authoring the Own the Podium blueprint. She also served as managing director of Games operations at Turin 2006 and managing director of sport at Salt Lake 2002.

UPDATE (Dec. 12): Moray Keith says there is "no magic." His departure from viaSport was amicable and part of the short-term plan. He was the startup chairman.

"I'm very content and happy with where the whole thing is going," Keith told me. "I've done my part to get it going and up and to tell you the truth I'm getting older every day and there's too many things going on. It's time for some other folks to grab a hold of the reins and take it to the next level.

"I can't say enough about Scott Ackles and how well he works, his crew and people around him, I think they're doing a wonderful job.

"Thanks to Ida Chong and Bill Bennett and Rich Coleman. frankly, they really helped us set the stage for where this thing can grow in the future. It was well planned and Cathy Priestner (Allinger) was the one who put the initial planning in place, she's the new chair and I will ride off in the sunset and it will carry on just famously well. I'm very pleased.

"We believe that out of the $24 million budget we have, we're putting about $4 million more to the end sport user than we were a year ago. If on every 20 (million dollars) we can change it by 20% or 25%, that's huge. It's through efficiencies."
Posted by Bob Mackin at 10:38 PM No comments: