Why I don't miss the National Hockey League

The battle of millionaires and billionaires that is the National Hockey League lockout continues until the day they kiss and make-up. 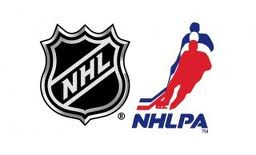 This lockout, like the one that cancelled the season in 2004-2005, has been all about economic issues that concern the players and owners. The fans, who ultimately pay the bills, are seemingly not on the minds of either side. Those fans have taken their wallets elsewhere and some of them may not return to NHL arenas in this shaky economy.

During the era of Gary Bettman as commissioner, prices have risen and the quality of the game has fallen. Any discerning hockey fan who has attended a midseason NHL game knows this to be true. (Are all the people attending games, particularly in Canadian cities, true fans? Or are many taking advantage of corporate expense accounts?)

Following are my 10 reasons why I don't miss the NHL.

No team has been rewarded with a point for losing a game in overtime or shootout. (C'mon NHL, be like soccer: 3 points for a win, 1 for a tie, 0 for a loss. Stop the socialism! Let a tiebreaker be a true tiebreaker!)

No player has been suspended 10 games while his victim is out for 20 games or more with an injury.

No player has returned too early from a concussion.

No player has suffered a season or career-ending concussion.

Nobody is complaining about underperforming multimillionaires.

Nobody is getting gouged at NHL franchise ticket box offices.

No fans have been subject to price-gouging at arena concession stands, where arena owners (who are often team owners) exploit their hunger and thirst in a captive marketplace. (The fan cost index for the NHL -- the average cost for four tickets, hot dogs, two small beers, two small soft drinks, parking, two programs and two caps for a family of four -- was $328.81 in 2011. Six of Canada's seven teams were above the average. The Toronto Maple Leafs were tops at $626.45, followed by the Montreal Canadiens ($486.28) and Winnipeg Jets ($485.52). The Vancouver Canucks were sixth at $371.94.)

No specious sellout streaks. (Evidence shows the Canucks' sellout streak may not have existed after March 15, 2007. NHL teams use ticket scanners at gates and know precisely how many people enter their buildings. Many teams lazily and deceptively report a full house, even while there are obvious game-long groups of empty seats in various price categories. Fans are owed transparency. Show them, on the official scoresheets, the actual numbers of people who attended games. Tickets distributed is not attendance.)
Posted by Bob Mackin at 8:50 AM 1 comment:

Merry Christmas to one and all! 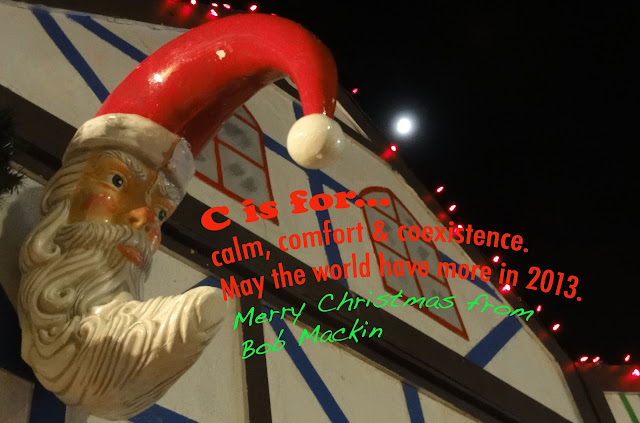 Posted by Bob Mackin at 8:07 PM No comments: