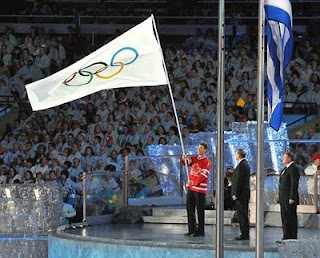 Mayor Gregor Robertson was the world's most famous mayor in February 2010 when he waved the Olympic flag during the Vancouver 2010 closing ceremony at B.C. Place Stadium. Throughout 2010, he has made attempts to capitalize on the notoriety. But it has only led to questions that have not been adequately answered.

It has taken months to extract information about the Mayor's trip to New York City. The bill has now reached more than $10,000.

In September, Robertson led a trade mission to China. Among the expenses I found out was that Vancouver taxpayers were charged the equivalent of $500 to plant a cedar tree in sister city Guangzhou, China on Sept. 15.

A cash receipt was included in documents supplied to 24 hours after a Freedom of Information request about Mayor Gregor Robertson’s trade mission.

Robertson and assistant Lara Honrado visited China Sept. 4-16, while chief of staff Mike Magee went Sept. 7-14 and Coun. Raymond Louie Sept. 9-16. They submitted claims for a combined $27,327.03. Expenses were to be reimbursed by the taxpayer-funded Vancouver Economic Development Commission.

The four spent a total $7,760.20 on luxury hotel rooms at the St. Regis in Beijing, Ritz-Carlton Portman in Shanghai, Sheraton and Tuan Bo Lake Hotspring Hotel in Tianjin and the Shangri-La Hotel in Guangzhou.

Taxpayers got billed $2,184 for a lunch hosted at the South Sea Forest Park restaurant in Guangzhou on Sept. 16, but the names and affiliations of attendees were not disclosed.

The city also paid the Canadian consulate in Guangzhou $1,372 for interpreter services and a photographer and $468 to hire Beijing Liangdian Photography Services for Robertson’s Sept. 7 stops in Shijiazhuang and Baoding. The MayorofVancouver.ca website includes only seven photos from China.

Honrado, who accounted for $11,979.93 in expenses, did not respond to an interview request. Likewise, silence from Magee.

The trip included visits to the Shanghai World Expo and Tianjin World Economic Forum. Representatives of 22 companies joined Robertson on the trip. Three symbolic agreements were signed, but no contracts.
Posted by Bob Mackin at 8:14 AM